It may seem obvious that there are a multitude of cultural differences between societies in the world. After all, we can easily see that people vary from one society to the next. It’s natural that a young woman from rural Kenya would have a very different view of the world from an elderly man in Mumbai—one of the most populated cities in the world. 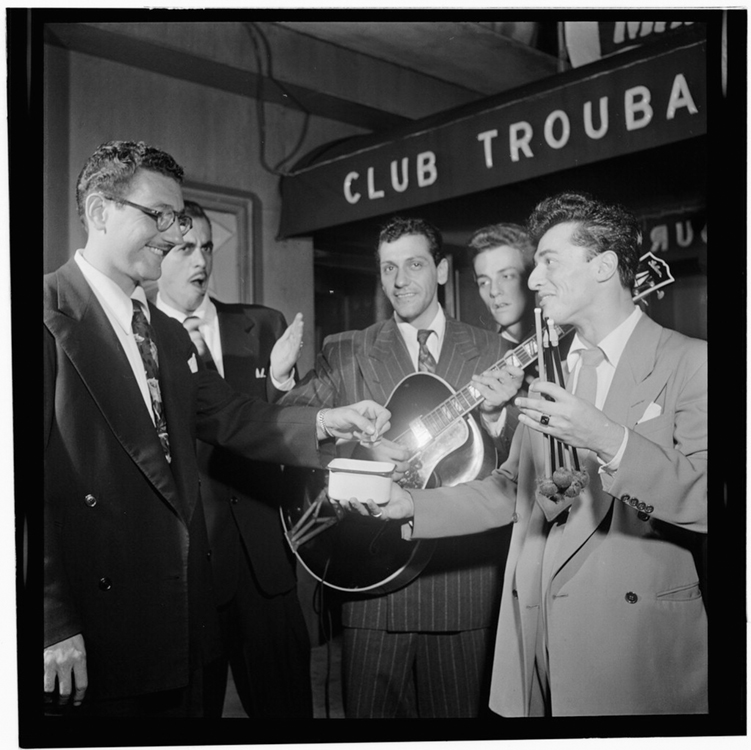 High Culture and Popular Culture
Do you prefer listening to opera or hip hop music? Do you like watching horse racing or NASCAR? Do you read books of poetry or celebrity magazines? In each pair, one type of entertainment is considered high-brow and the other low-brow. Sociologists use the term high culture to describe the pattern of cultural experiences and attitudes that exist in the highest class segments of a society. People often associate high culture with intellectualism, political power, and prestige. In America, high culture also tends to be associated with wealth. Events considered high culture can be expensive and formal—attending a ballet, seeing a play, or listening to a live symphony performance.

The term popular culture refers to the pattern of cultural experiences and attitudes that exist in mainstream society. Popular culture events might include a parade, a baseball game, or the season finale of a television show. Rock and pop music—“pop” is short for “popular”—are part of popular culture. Popular culture is often expressed and spread via commercial media such as radio, television, movies, the music industry, publishers, and corporate-run websites. Unlike high culture, popular culture is known and accessible to most people. You can share a discussion of favorite football teams with a new coworker or comment on American Idol when making small talk in line at the grocery store. But if you tried to launch into a deep discussion on the classical Greek play Antigone, few members of U.S. society today would be familiar with it.

Although high culture may be viewed as superior to popular culture, the labels of high culture and popular culture vary over time and place. Shakespearean plays, considered pop culture when they were written, are now part of our society’s high culture. Five hundred years from now, will our descendants associate Breaking Bad with the cultural elite?

Sociologists distinguish subcultures from countercultures, which are a type of subculture that rejects some of the larger culture’s norms and values. In contrast to subcultures, which operate relatively smoothly within the larger society, countercultures might actively defy larger society by developing their own set of rules and norms to live by, sometimes even creating communities that operate outside of greater society.

Cults, a word derived from culture, are also considered counterculture groups. The group “Yearning for Zion” (YFZ) in Eldorado, Texas, existed outside the mainstream and the limelight, until its leader was accused of statutory rape and underage marriage. The sect’s formal norms clashed too severely to be tolerated by U.S. law, and in 2008, authorities raided the compound and removed more than two hundred women and children from the property.

BIG PICTURE
The Evolution of American Hipster Subculture
Skinny jeans, chunky glasses, and T-shirts with vintage logos—the American hipster is a recognizable figure in the modern United States. Based predominately in metropolitan areas, sometimes clustered around hotspots such as the Williamsburg neighborhood in New York City, hipsters define themselves through a rejection of the mainstream. As a subculture, hipsters spurn many of the values and beliefs of U.S. culture and prefer vintage clothing to fashion and a bohemian lifestyle to one of wealth and power. While hipster culture may seem to be the new trend among young, middle-class youth, the history of the group stretches back to the early decades of the 1900s.

The hipster movement spread, and young people, drawn to the music and fashion, took on attitudes and language derived from the culture of jazz. Unlike the vernacular of the day, hipster slang was purposefully ambiguous. When hipsters said, “It’s cool, man,” they meant not that everything was good, but that it was the way it was.

By the 1950s, the jazz culture was winding down and many traits of hepcat culture were becoming mainstream. A new subculture was on the rise. The “Beat Generation,” a title coined by writer Jack Kerouac, were anticonformist and antimaterialistic. They were writers who listened to jazz and embraced radical politics. They bummed around, hitchhiked the country, and lived in squalor.

The lifestyle spread. College students, clutching copies of Kerouac’s On the Road, dressed in berets, black turtlenecks, and black-rimmed glasses. Women wore black leotards and grew their hair long. Herb Caen, a San Francisco journalist, used the suffix from Sputnik 1, the Russian satellite that orbited Earth in 1957, to dub the movement’s followers “Beatniks.”

As the Beat Generation faded, a new, related movement began. It too focused on breaking social boundaries, but it also advocated freedom of expression, philosophy, and love. It took its name from the generations before; in fact, some theorists claim that Beats themselves coined the term to describe their children. Over time, the “little hipsters” of the 1970s became known simply as “hippies.”

Young people are often drawn to oppose mainstream conventions, even if in the same way that others do. Ironic, cool to the point of noncaring, and intellectual, hipsters continue to embody a subculture, while simultaneously impacting mainstream culture.

Cultural Change
As the hipster example illustrates, culture is always evolving. Moreover, new things are added to material culture every day, and they affect nonmaterial culture as well. Cultures change when something new (say, railroads or smartphones) opens up new ways of living and when new ideas enter a culture (say, as a result of travel or globalization).

Innovation: Discovery and Invention
An innovation refers to an object or concept’s initial appearance in society—it’s innovative because it is markedly new. There are two ways to come across an innovative object or idea: discover it or invent it. Discoveries make known previously unknown but existing aspects of reality. In 1610, when Galileo looked through his telescope and discovered Saturn, the planet was already there, but until then, no one had known about it. When Christopher Columbus encountered America, the land was, of course, already well known to its inhabitants. However, Columbus’s discovery was new knowledge for Europeans, and it opened the way to changes in European culture, as well as to the cultures of the discovered lands. For example, new foods such as potatoes and tomatoes transformed the European diet, and horses brought from Europe changed hunting practices of Native American tribes of the Great Plains.

When the pace of innovation increases, it can lead to generation gaps. Technological gadgets that catch on quickly with one generation are sometimes dismissed by a skeptical older generation. A culture’s objects and ideas can cause not just generational but cultural gaps. Material culture tends to diffuse more quickly than nonmaterial culture; technology can spread through society in a matter of months, but it can take generations for the ideas and beliefs of society to change. Sociologist William F. Ogburn coined the term culture lag to refer to this time that elapses between the introduction of a new item of material culture and its acceptance as part of nonmaterial culture (Ogburn 1957).

Culture lag can also cause tangible problems. The infrastructure of the United States, built a hundred years ago or more, is having trouble supporting today’s more heavily populated and fast-paced life. Yet there is a lag in conceptualizing solutions to infrastructure problems. Rising fuel prices, increased air pollution, and traffic jams are all symptoms of culture lag. Although people are becoming aware of the consequences of overusing resources, the means to support changes takes time to achieve. 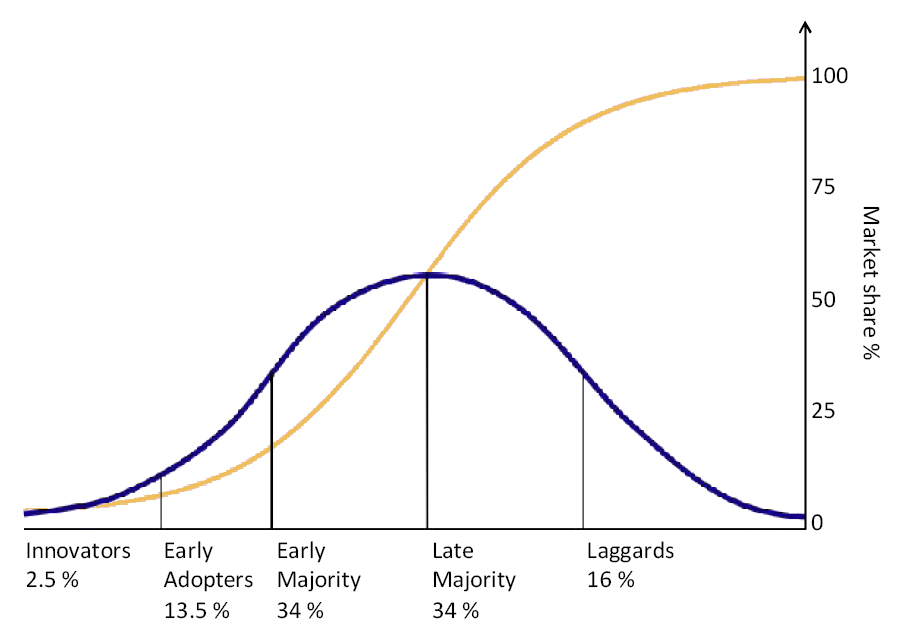 Figure 3.9 Sociologist Everett Rogers (1962) developed a model of the diffusion of innovations. As consumers gradually adopt a new innovation, the item grows toward a market share of 100 percent, or complete saturation within a society. (Graph courtesy of Tungsten/Wikimedia Commons)

Diffusion and Globalization
The integration of world markets and technological advances of the last decades have allowed for greater exchange between cultures through the processes of globalization and diffusion. Beginning in the 1980s, Western governments began to deregulate social services while granting greater liberties to private businesses. As a result, world markets became dominated by multinational companies in the 1980s, a new state of affairs at that time. We have since come to refer to this integration of international trade and finance markets as globalization. Increased communications and air travel have further opened doors for international business relations, facilitating the flow not only of goods but also of information and people as well (Scheuerman 2014 (revised)). Today, many U.S. companies set up offices in other nations where the costs of resources and labor are cheaper. When a person in the United States calls to get information about banking, insurance, or computer services, the person taking that call may be working in another country.

Alongside the process of globalization is diffusion, or the spread of material and nonmaterial culture. While globalization refers to the integration of markets, diffusion relates to a similar process in the integration of international cultures. Middle-class Americans can fly overseas and return with a new appreciation of Thai noodles or Italian gelato. Access to television and the Internet has brought the lifestyles and values portrayed in U.S. sitcoms into homes around the globe. Twitter feeds from public demonstrations in one nation have encouraged political protesters in other countries. When this kind of diffusion occurs, material objects and ideas from one culture are introduced into another. 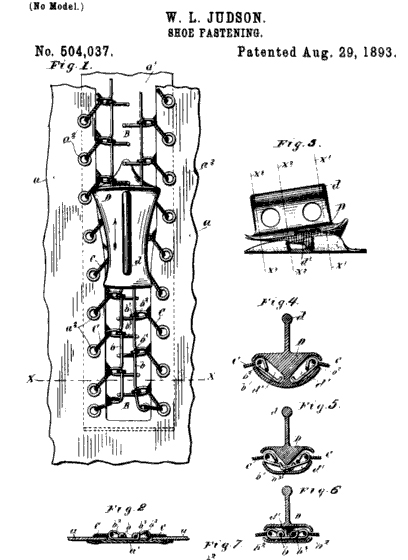 Figure 3.10 Officially patented in 1893 as the “clasp locker” (left), the zipper did not diffuse through society for many decades. Today, it is immediately recognizable around the world. (Photo (a) courtesy of U.S. Patent Office/Wikimedia Commons; Photo (b) courtesy of Rabensteiner/Wikimedia Commons)